It’s almost draft day and we’re coming at you with some quick prospect rankings for this year. You can also check out our final mock draft here.

The top two are a lock, but some scouts see Love better than Herbert. Love has a lot of talent but threw way too many interceptions this past season at Utah St. Hurts is over Love on this list simply because if you put Hurts in the right system, similar to Lamar Jackson or Kyler Murray, he can play right away at a high level. Love needs a year to fix his mechanics, and if he can do that, he’ll be very good. 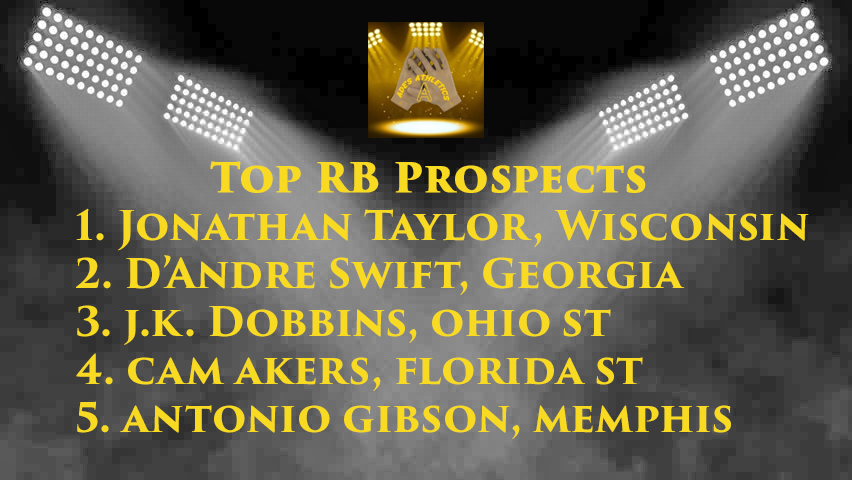 Besides the QB position, this is a very deep draft class on the offensive side of the ball, especially at RB, WR, and TE. Taylor, Swift, and Akers, are all big guys who move amazingly well for their size and are explosive. Don’t forget about Dobbins though, as he ran for over 2000 yds in his last season at Ohio St, and is a touchdown waiting to happen. Gibson would be top 5 on either the RB and WR list just by how talented and versatile he is. Gibson will be used all around the field, but it makes sense to put him at RB because he doesn’t have a lot of mileage, and he can surpass many people on this list if he finds his groove as an NFL RB.

Jeudy and Ruggs are two of the smoothest route runners in this year’s entire WR group, but there are plenty of receivers in this class that can surpass them and Lamb. Mims is a big receiver who shows his speed in drills and on the field, and can very well go in the first round. Aiyuk may not be as tall as a Tee Higgins or a Michael Pittman, but he’s arguably the most explosive WR on this list and is a great pass catcher. 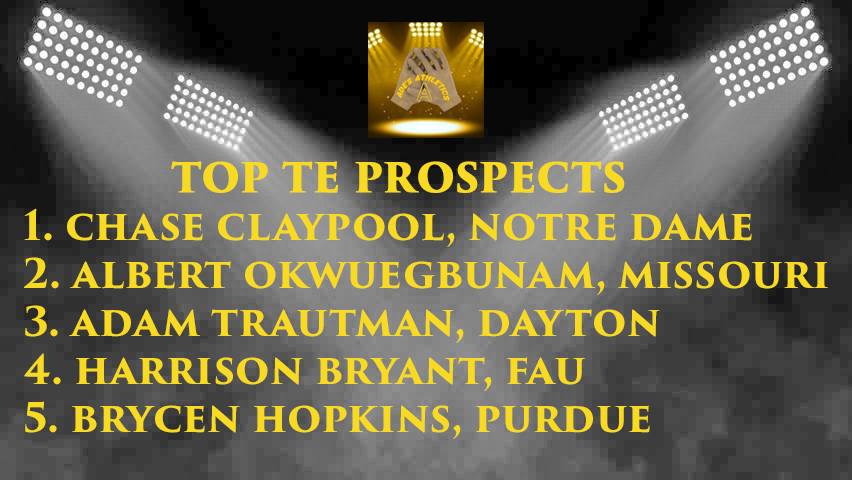 In today’s NFL, defenses are getting smaller along with tight ends. We’ve seen the Giants have much success with Evan Engram at TE, and both him and Claypool weigh about 240. Claypool will be a great player whether he plays WR or TE, and he’ll be used all over the field. Many scouts don’t like Okwuegbunam and think he’s just an athlete. However, he had a solid season in 2018 with Drew Lock at QB and saw a huge drop in talent at the QB spot having Kelly Bryant in 2019. Okwuegbunam’s athleticism is too incredible to ignore and should be an early round candidate. The rest of the tight ends are great athletes themselves and are going to be good pass-catchers in the NFL. 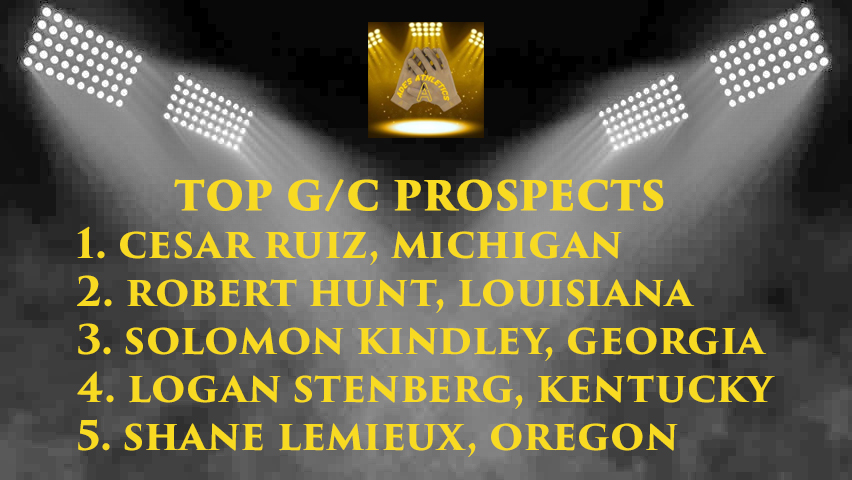 The inside OL positions may not be as deep the outside guys, but there’s still good talent there. Hunt is coming from a smaller school, but he completely dominated the Sun Belt division. You can’t go wrong with either Kindley or Stenberg, but Lemieux is a name that’s rising up draft boards.

With the amount of freak athletes there are on the defensive side of the ball, offensive tackles are starting to match their athleticism, especially in this year’s draft class. There’s a lot of tackles that could be in this list but Cleveland snuck onto this list after killing the combine, not to mention he was arguably the best tackle in the Mountain West. 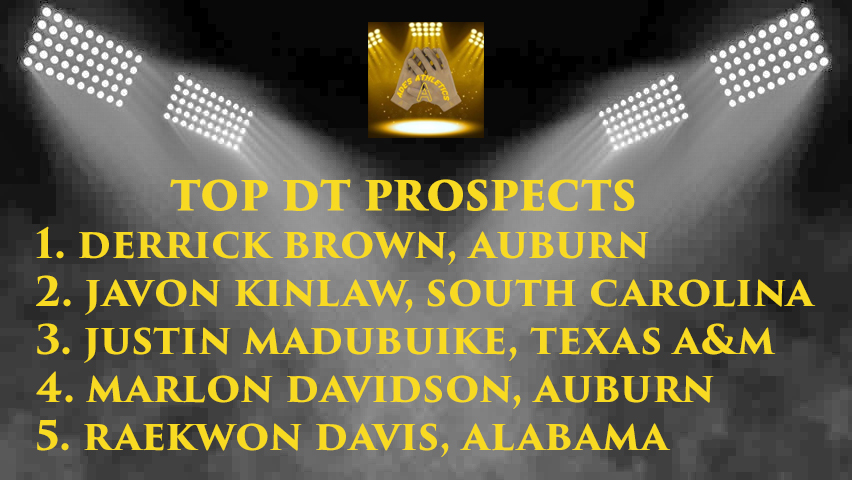 All of these players can play any position on the defensive line in a 3-4 scheme, and could likely play either DT or NT in a 4-3 defense. A lot of people would have Davis higher on this list, but he wasn’t as productive as Madubuike and Davidson were this past season. But Davis will likely end up being a very good defensive lineman regardless.

Most of these guys are solid players, but aren’t fast enough to be a 3-4 edge rusher. But as a 4-3/3-4 DE, they could flourish. A lot of outside DL/edge players in this class had an underwhelming combine, and many scouts wonder if they can make the transition to getting after the QB in the NFL. Espensa and Gross-Matos are the safest guys to go with, even though they had much higher expectations before their previous seasons. 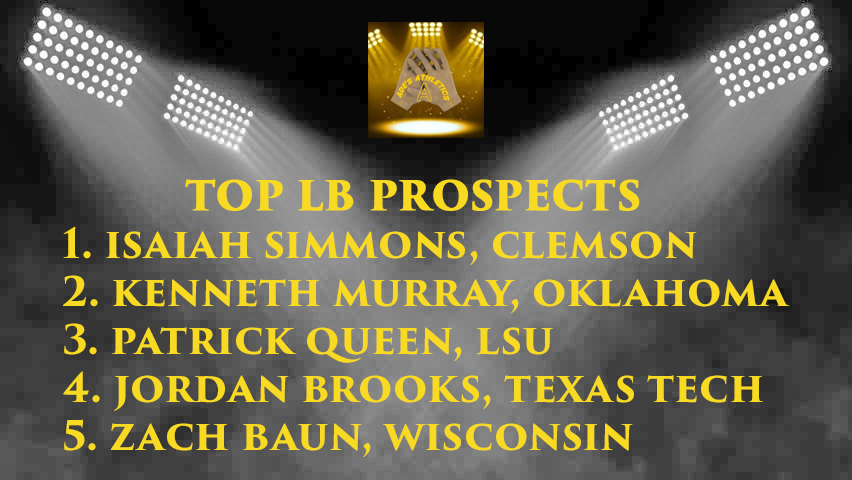 Not only the LBs on this list, but as well as many others can play either on the outside in a 3-4/4-3 defense or on the inside in a 3-4. This group of LBs are highly talented, and there are other LBs who didn’t make this list like Michigan’s Josh Uche, who are also great players. The athleticism jumps out the roof with these type of LBs, and all of these guys and others are worthy of being drafted in the first round.

Besides Young, this is a very underwhelming group of pass rushers this year. Lewis can be great if he can stay healthy. Chaisson and Okwara both have great frames that they can hopefully build into, but they aren’t there yet as pass rushers. Curtis Weaver from Boise St could be on this list but Highsmith beat him out as he looks better athletically and still has a lot more room to grow, whereas Weaver looks like he’s hit his peak.

The top 3 on this list are a lock, but Terrell and Fulton are neck-and-neck. All of the CBs possess tremendous size and athleticism for their positions. With Okudah possibly being a top-5 pick, we could see a run on CBs in the first round.

This safety group is more talented than the corners, and teams could find themselves a starting-caliber safety in mid to late rounds. This list is a bit different than others, as most analysts will have McKinney as the top safety. But Delpit’s 2018 season was something special, and history shows that you can’t bet against LSU safeties. Chinn has the best combination of size and athleticism in this draft class, and will only get better in the NFL. Winfield Jr. may be 5’9”, but that doesn’t matter at all, as he’s a pure ball hawk, and doesn’t get enough credit because he played at Minnesota. Dugger is a name that everyone’s talking about and many people even like him better than some safeties on this list.

This site uses Akismet to reduce spam. Learn how your comment data is processed.